Your baby's development in week 24 of pregnancy

Good news! At week 24 your baby just crossed an important threshold - 50% fetal viability. Fetal viability is the probability that your baby could survive outside the womb if they were born this week.

50% may seem a little sombre, like it is up to a flip of a coin, but it is actually a very positive milestone. So, don't freak out! Statistically very few women go into labor at week 24 of pregnancy. Did that help? Okay, maybe some science will.

The reason why this week your baby becomes viable is because it is typically the week that your baby develops bronchi and bronchioles in the lungs. They kind of look like the branches and leaves of a tree, respectively. These tubes help deliver air through the lungs. Cells in the lungs known as epithelial cells are producing something known as epithelial lining fluid. This fluid along with a surfactant lines the tubes in the lungs. The further along the fluid production, the greater the chances of survival outside the womb.

For half the babies at week 24 of pregnancy, there is enough fluid and surfactant produced, with the assistance of modern medical technology, to ensure the survival of your baby. With each passing day, the lungs get more mature and the chance of survival increases.

Passing the 50% viability threshold means that the odds are in your baby's favor. So, breathe easy.

How big is your baby in week 24 of pregnancy

What's happening in week 24 of pregnancy

Three out of four women may experience something called linea nigra, Latin for "black line", on their tummies during the second trimester. It appears as a brownish line (despite its Latin name) that runs vertically down mom's belly from as high up as the top of the belly down to the pubic area. Think of it as a baby bump happy trail. A bumpy trail?

The line forms due to a bunch of hormones that are called MSH (melanocyte-stimulating hormones) produced by the placenta. This is the exact same hormone that causes nipples to darken. Don't get too attached to your spiffy new racing stripe though, it will disappear a few months after pregnancy once your hormones stop being so whacked out. Same with those dark nipples.

There's also this thing that's euphemistically known as the mask of pregnancy, and scientifically known as melasma. This is where you get splotches of darker skin on your face than your normal tone. It too will disappear in time and is nothing to be concerned about.

Braxton Hicks contractions have been steadily increasing since week 15. The increase is an indication that things are getting closer and that the muscles are being kept in shape for the real thing. They'll happen more frequently until the eventful day. 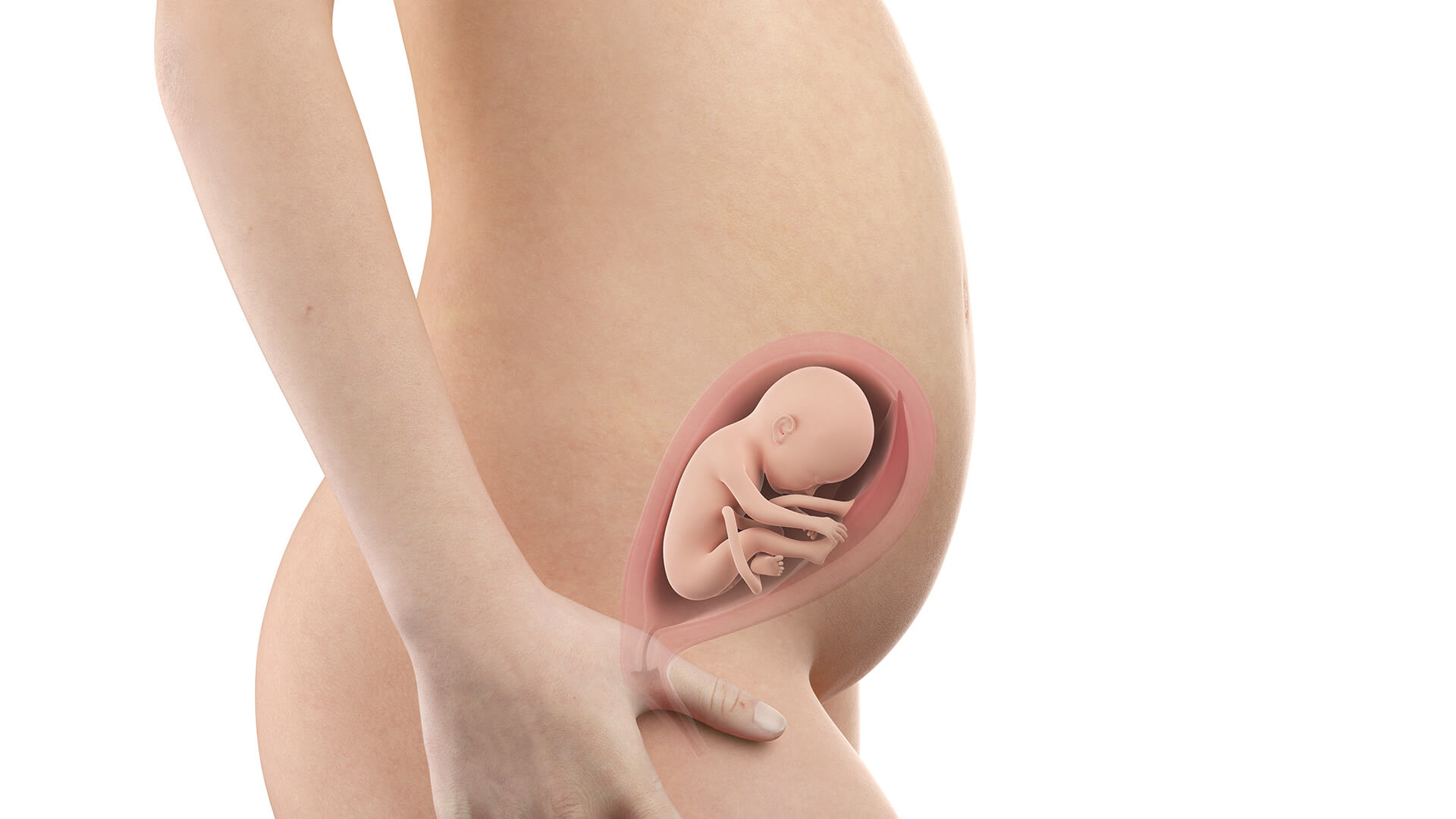