The Diaper Genie is a great invention. It's a decent looking garbage pail that is volumous enough to hold lots of dirty diapers and does a decent job of keeping the smells from leaking out. But the one crap (you see what I did there?) thing about it are the Diaper Genie refills. Certainly they are convenient, and do their intended job, but the costs for refills add up quickly if your child produces a lot of diapers or if you have more than one child in diapers.

Fear not, there's a way to save money without compromising the smell of your home! It's easy to hack your Diaper Genie to use a typical large garabage bag instead of a refill.

A few notes on using your own garbage bags 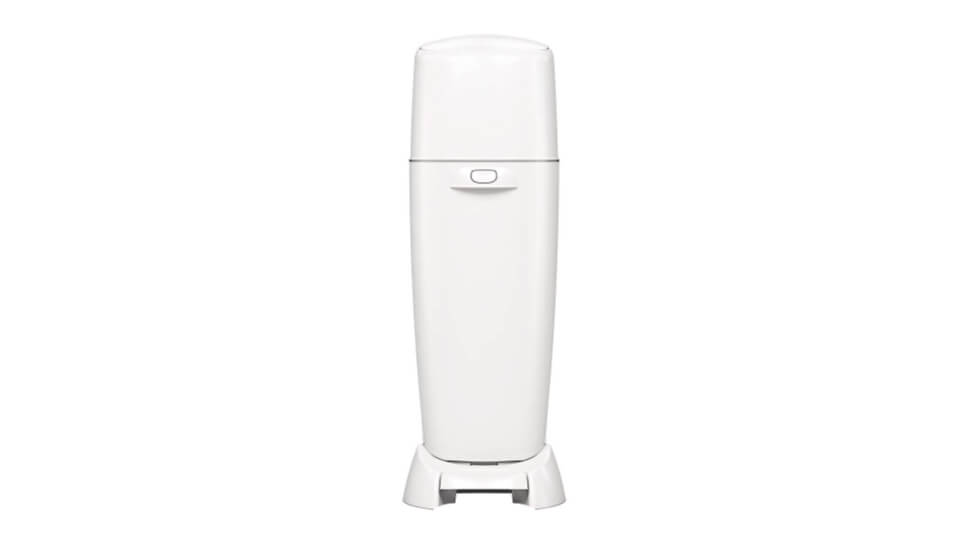 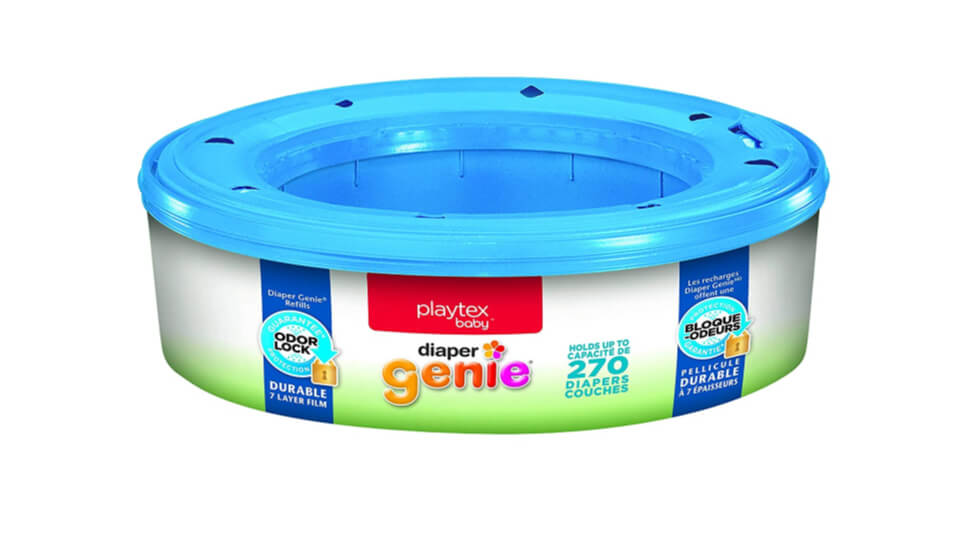 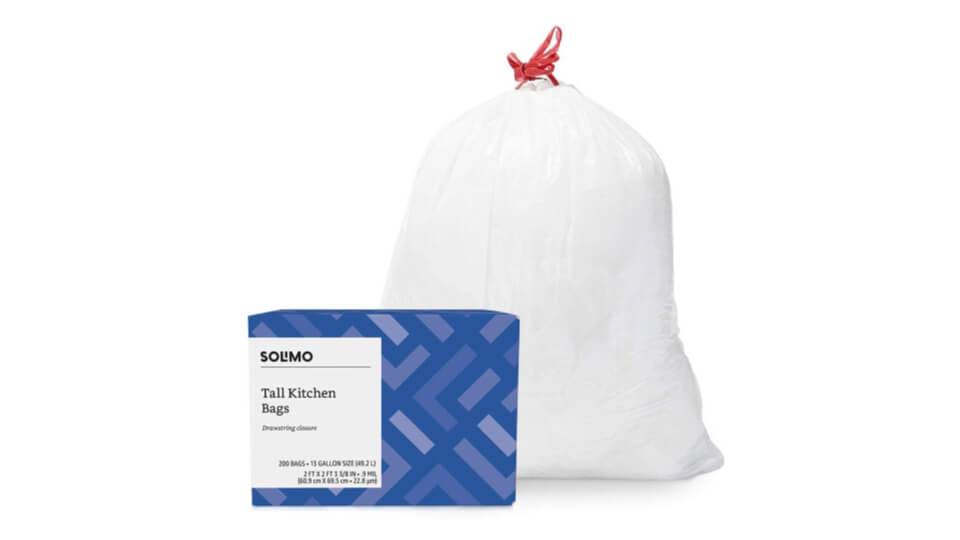 How to setup a Diaper Genie using your own garbage bags

Step 1: Open up a garbage bag

Open up a garbage bag and separate the sides of the bag from itself. This will ensure that diapers will fall to the bottom of the garbage bag when it's in use.

Step 2: Get the Diaper Genie ring 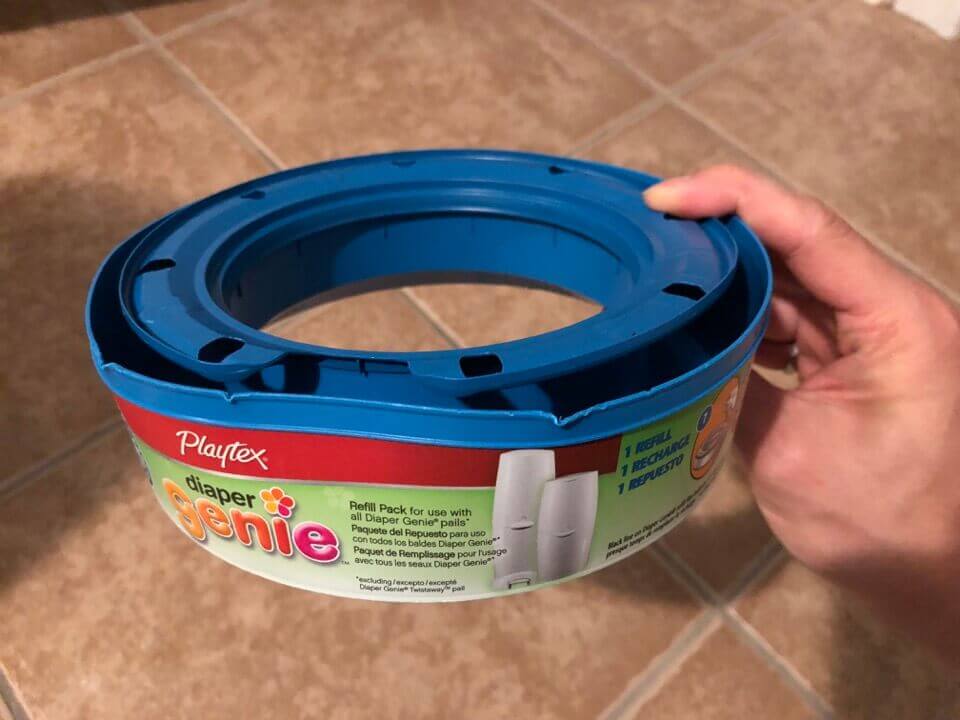 Make sure the Diaper Genie is oriented correctly. The opening should be facing up, and the writing on the side of it should be right-side-up. This one is pretty deformed after nearly 3.5 years of using the same ring, but it works just the same.

Step 3: Wrap the mouth of the garbage bag around the refill from inside out 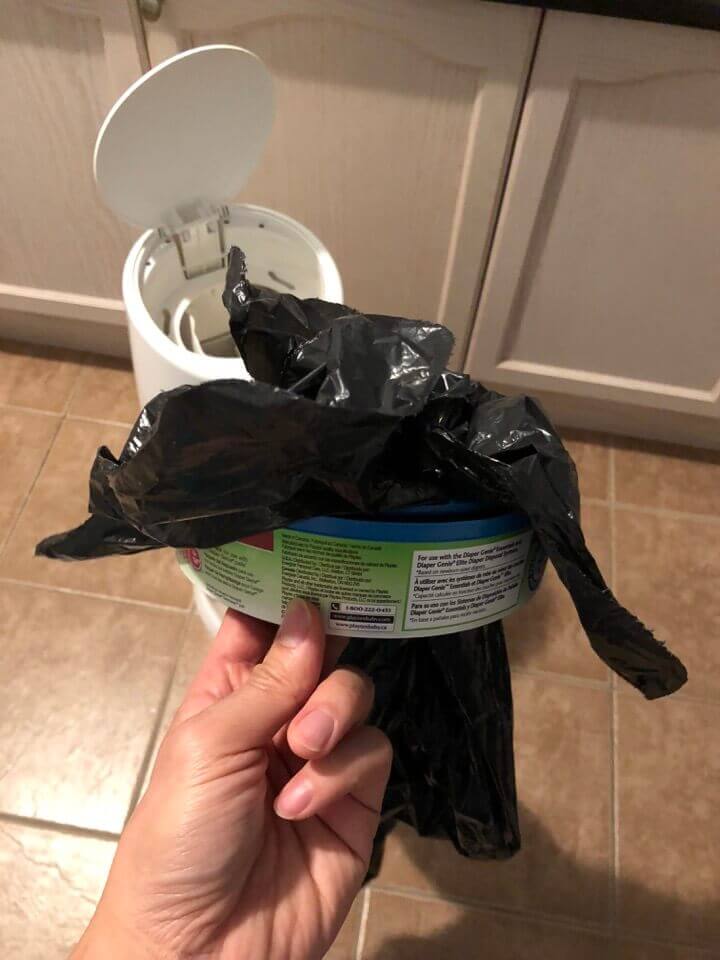 Bundle up the mouth of the garbage bag and push it through the middle of the Diaper Genie refill ring from the bottom up. The ring should now look like it's sprouting a garbage plant of sorts through the top. The garbage bags used in the picture have flaps that make it easier to tie — it will look a little different if you use the flat edge garbage bags, but the instructions are the same.

Step 4: Tuck the edges of the bag underneath the ring 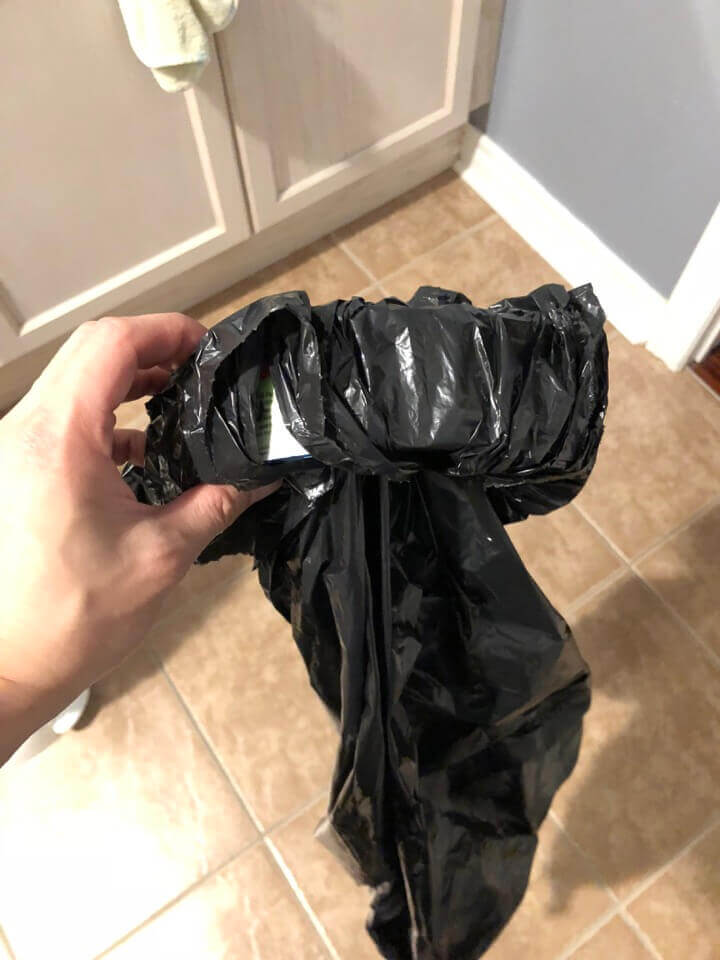 This doesn't have to be perfect. In fact, since you are using your own garbage bags which likely has an opening bigger than the circumference of the Diaper Genie ring, it is perfectly normal for the bag to bunch up underneath the ring. This won't impact the operation of the Diaper Genie at all.

It also doesn't need to be tucked into the gap in the underside of the ring either. Just wrapping it around the ring where about 2" (5 cm) of bag is on the underside is sufficient.

Step on the Diaper Genie pedal to lift the lid.

Step 6: Place the ring into the Diaper Genie 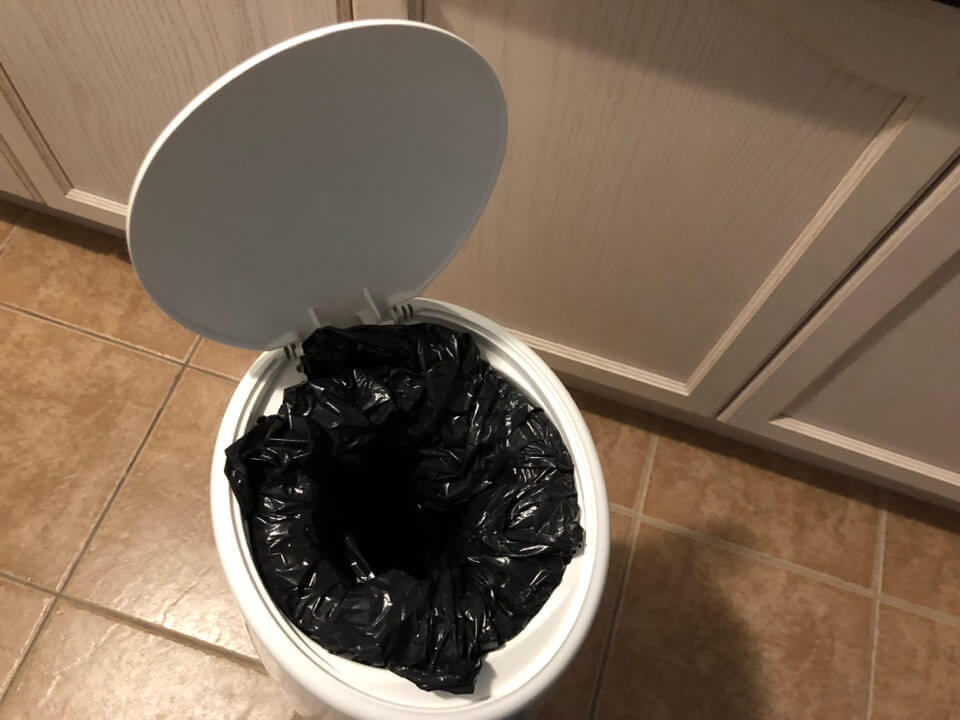 Now just place it into the Daiper Genie where you normally would put the ring. You don't need to shove the garbage bag past the jaws of the Diaper Genie, the first diaper you throw in and gravity will ensure that the garabge bag will be set in place.

Again, it's okay if the garbage bag isn't sitting perfect around the ring, once you start putting diapers in, the weight of the diapers will pull down on the bag and tighten everythign up. It's also okay if small parts of the ring is still exposed. 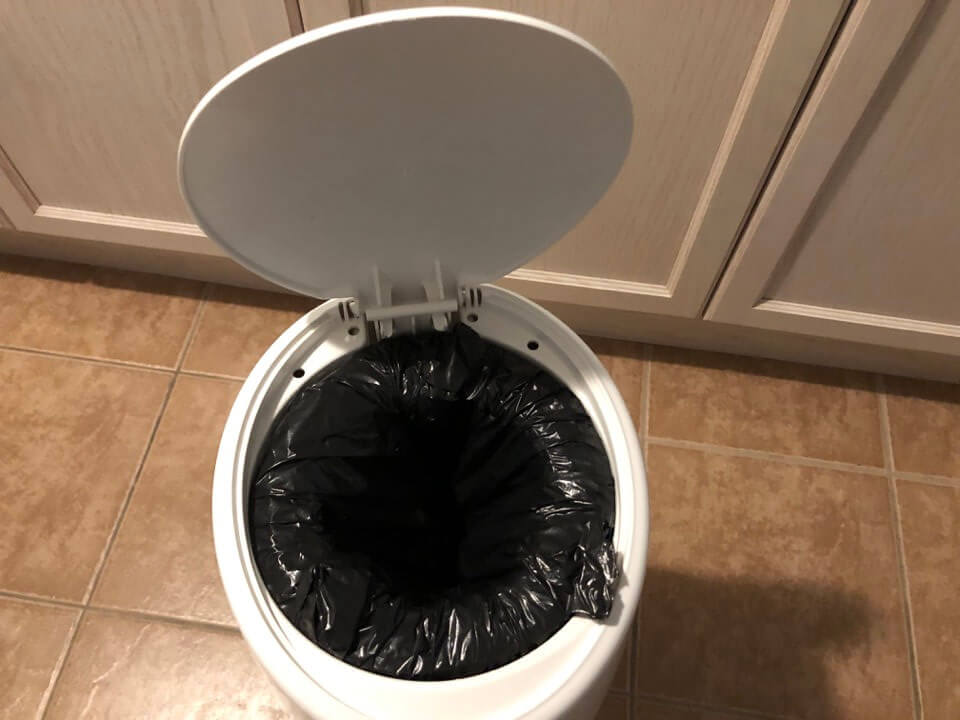 The Diaper Genie is now ready to take your baby's dirty diapers.

What to do when the Diaper Genie gets full

This process differs from how you would typically throw away a bag of dirty diapers with a Diaper Genie refill.

Step 1: Pop open the top of the Diaper Genie

Step on your Diaper Genie to open it up as if you were throwing in a diaper. The lid will pop open. 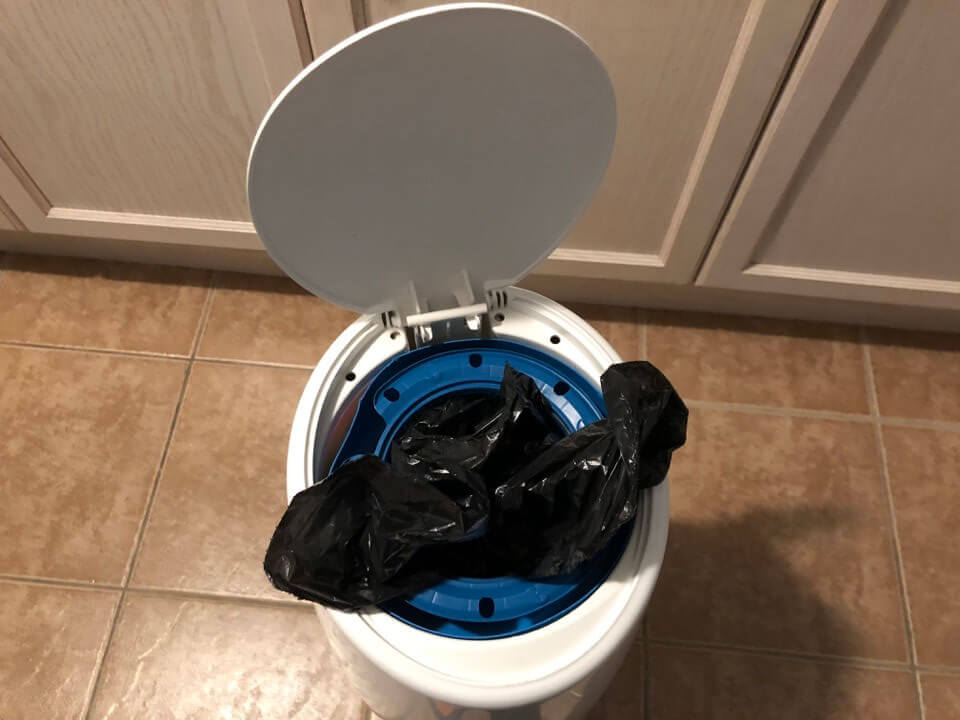 Take your foot off the Diaper Genie pedal to close the lid.

Step 3: Open up the Diaper Genie 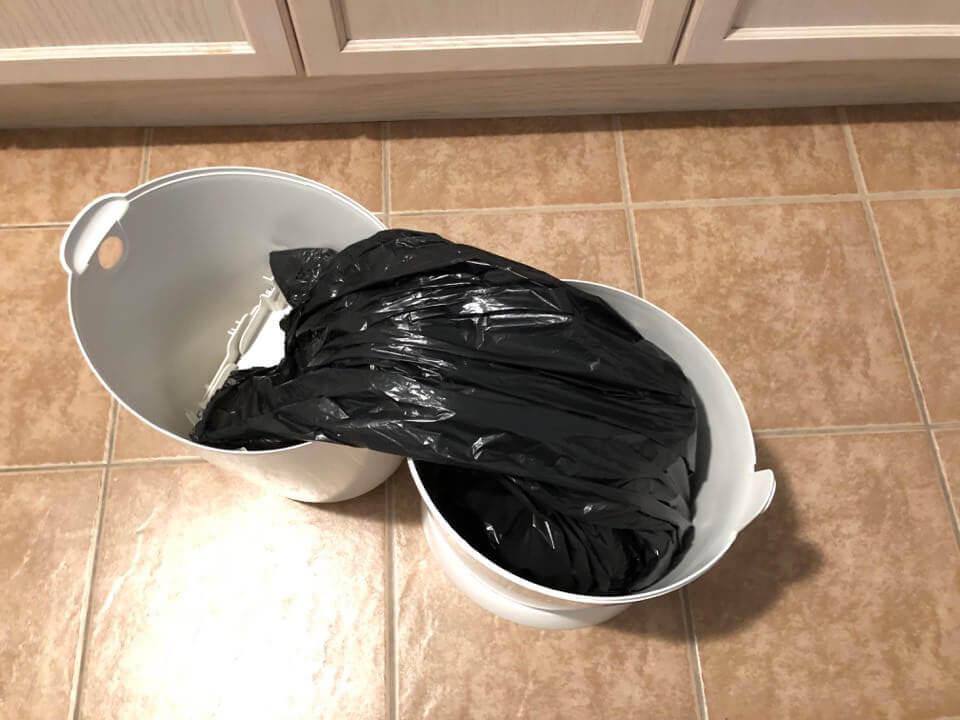 Press the button on the Diaper Genie to open it up for garbage removal. Be careful if your Diaper Genie is very full and do this slowly. The last thing you want is a mountain of diapers rolling onto the floor.

Once you have it open, get a good choke on the garbage bag above its contents and carefully pull it out of the Diaper Genie. Like a rabbit out of a magician's hat, ta-da!

Step 4: Throw away the bag

Tie a knot at the top of the bag, and it's ready to be tossed. You may want to push out as much of the air in the bag as possible before tying it up. That's completely up to you and how well long you can hold your breath or tolerate the smell of old diapers.

Now throw it out!